Our company was originally founded by Michael Prescott snr after being in the industry since the early 70’s, Michael started his career as an apprentice at national tyres were he progressed through the ranks till he reached management status in the later part of the 70’s. Having absorbed a vast amount of knowledge through his time in management and in the workshop environment he decided the time had come to move on and establish a tyre company of his own. 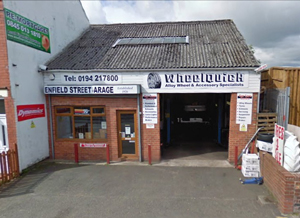 So in 1988 Michael bought from Pirelli a established tyre garage in the Pemberton area of Wigan. From here this is were Michael established himself as an experienced and highly trained owner of a very thriving business.

Michael jnr expanded the company and purchased a second site in which he could run a specialised performance centre.

Wheelquick is the leading supplier and repairer of Alloy Wheels in the UK.

We have an excellent range of wheels at Internet Prices.  If you cant find the wheel you are looking for just ask.

Wheelquick use the Latest Technology and Equipment to Build, Inflate and Balance all Alloy Wheel and Tyre Packages.